The Life Expectancy of a Polyethylene Storage Tank 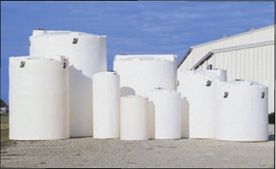 The Life Expectancy of a Polyethylene Storage Tank

Polyethylene tanks are ideal for a number of settings and applications that need the storage of a wide range of lubricants and automotive fluids.

Rotationally molded poly tanks with capacities ranging from 6.5 to 12,500 gallons. They can store tiny amounts of fluids in a cylindrical vertical tank or huge fluids in square storage tanks. Poly tanks are typically single-walled and offer several advantages over steel tanks. In general, polyethylene tanks are less expensive and have a longer lifespan. Depending on the design, the tank may provide additional benefits such as extra-strength corrugated tank walls or the ability to stack different fluids in a single footprint.

There is no universally accepted method for determining the life expectancy of a polyethylene tank. As seen in the list below, a tank’s lifespan is influenced by a variety of factors. It’s a good idea to talk to the tank manufacturer about your expectations and planned use, as well as any queries you have about the tank’s service life.

We should also consider a tank’s mobility up front. Do your requirements need the use of a stationary fluid storage tank system, or is tank mobility an appealing fluid dispensing feature? Dispensing equipment is occasionally linked directly to the tank through steel brackets mounted on top of the tank, and mobile tanks might include caster wheels or fork lift pockets. However, the more a tank is moved around the shop, the more physical strain it is subjected to as a result of lifting, loading, and physical movement.

Weather conditions are another aspect that affects a tank’s total life expectancy. Is the tank being kept outside? Outdoor tanks in southern climates are generally subjected to more strong sunlight than tanks in northern climates. UV rays will have a negative influence on the life expectancy of any polyethylene tank, even though the polyethylene resins used in most roto-molded poly storage tanks include UV inhibitors in them.

Roto molded tanks have been on the market for over four decades. We now have a solid idea of what a roto molded polyethylene tank’s typical life expectancy will be. However, a tank’s life duration might vary due to various unknown elements in each location and fluid application, as stated above. Because many storages and dispensing applications are tank-friendly, the tanks have an incredibly extended service life. Other uses might be extremely demanding, resulting in the tanks having a short service life. Tanks have failed in less than two years on rare occasions, and others have lasted much over 30 years.

Although no assurance can be given as to how long a polyethylene tank will survive, we know from experience that the average storage tank will last between 20 and 30 years, depending on the parameters mentioned above. 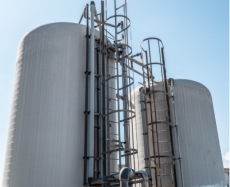 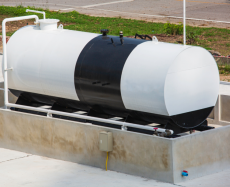 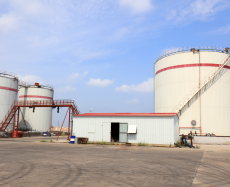 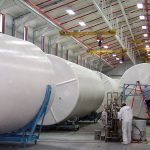