An Introduction to the Most Common Industrial Gas Tanks 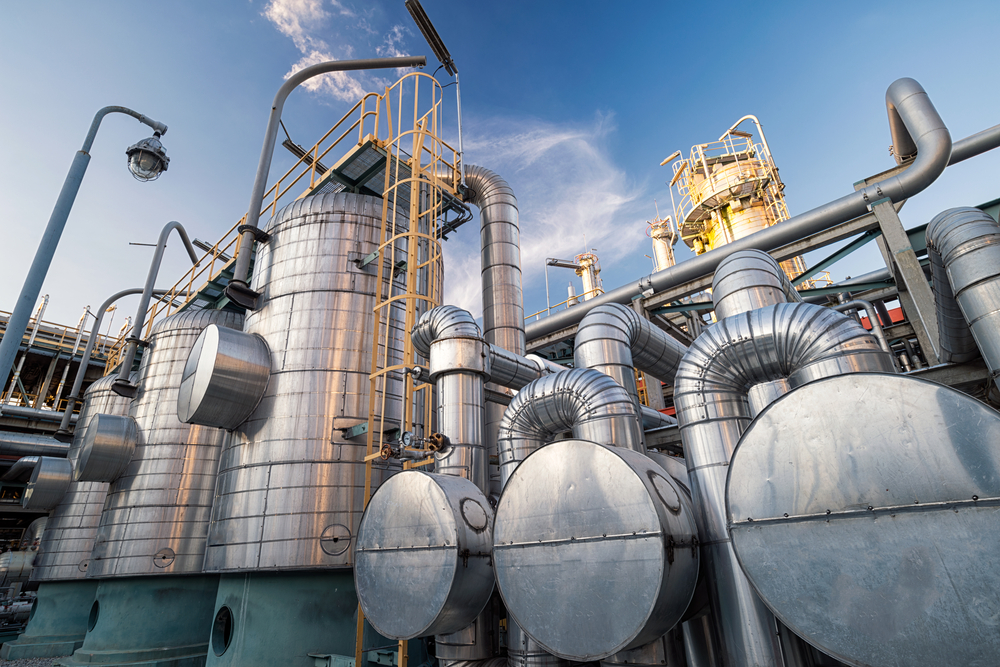 An Introduction to the Most Common Industrial Gas Tanks: Fixed-Roof and Floating-Roof

Commercial storage tanks are widely used by oil and gas refineries to contain large volumes of fluids at various stages of purification.

These products are stored for some time before they’re transported to other locations for further processing.

The purpose of today’s blog is to briefly a broad overview of the two major types of industrial gas tanks, namely, fixed-roof and floating-roof.

The contents are not exposed in fixed-roof industrial gas tanks, which are generally comprised of a narrow cone roof positioned on one center column along with an external or internal framing for providing support to the roof plates.

Some of the key attributes of fixed-roof tanks are as follows.

The gauging and sampling hatch, which is also called a thief hatch at times, is used to source content samples for evaluation.

It also acts as an access-reference to dip equipment for assessing the tank level and examine level measuring tools.

The vapor vent, also known as a breath valve, helps to release the build-up pressure and minimizes the risk of damage caused to the tank during filling. Furthermore, it safeguards the tank from the odds of implosion caused by the vacuum when emptying.

A relief valve’s function is to release excess pressure in the event it surpasses the upper threshold for safe operation.

Blankets of an inert gas, generally nitrogen, are deployed for displacing air to prevent it from getting in contact with vapors of volatile content in the tank so that a flammable or explosive mixture does not form.

Drains are used for the separation and removal of water from the product. They also help in emptying the tank while it’s being cleaned.

Industrial gas tanks are typically equipped with nozzle rings that deliver foam into the tank, and over its surface, in case a fire breaks out.

Emptying and filling industrial storage tanks facilitates the build-up of static electricity, increasing the likelihood of a fire hazard or potential explosion in the process, particularly when handling flammable chemicals.

However, connecting the tank to the ground with an electric wire prevents the static electricity build-up.

Service hatch can be found at ground level or on the tank roof for accessing the vessel interiors for maintenance, cleaning, and inspection.

Several industrial gas tanks are equipped with a roof, which is purpose-designed to float over the liquid, usually ethanol or gasoline.

The floating-roof is capable of going up and down in accordance with the change of liquid volume during emptying, filling, or when the ambient temperature varies.

The floating design of industrial storage tanks helps reduce the quantity of vapor between the liquid and roof itself, leaving insignificant room for evaporation to take place and, thus, minimizing vapor losses.

The floating roof happened to be merely a ginormous flat disk for covering the liquid surface in older generations of commercial storage tanks.

However, the roof design has improved to a great extent in recent times for reducing vapor loss to a bare minimum.

The two primary kinds of floating-roof tanks available in the present times are double-deck and pontoon. Excluding the access ladder, seal, water drain, and roof supports, they share several of the features with their fixed-roof counterparts.

So, this marks the end of our discussion on two of the most popular kinds of industrial gas tanks. If you believe that we’ve missed out any, feel free to share by commenting below 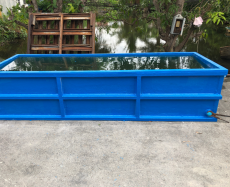 Why Own a Fiberglass Water Tank?

What Do Aboveground Storage Tanks Hold? 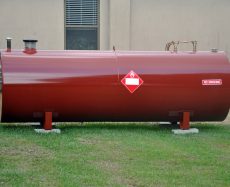 What Are The Different Types of Above Ground Gasoline Storage Tanks Available In The Market? 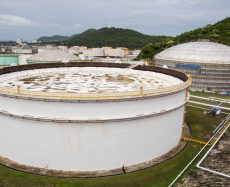 How Does a Floating Roof Tank Work?